Rolling into Tuscaloosa on an emotional high from a few days traveling through Georgia and Alabama, the excitement brewing for this race was boiling inside of me. I do not know why I had so been looking forward to this race, however, I had been counting the months, weeks, and days to the Tuscaloosa Half Marathon for over half of a year.

Checking into the Marriott, one of the host hotels, I was pleased to discover that the expo was being held at a sporting goods store in close walking distance. 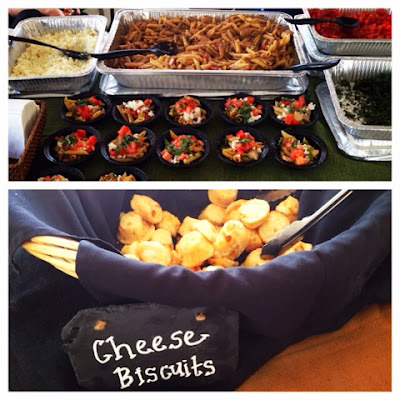 After a quick and easy pickup, I was directed to a tent in the parking lot to retrieve my race shirt.

In addition to the usual vendors, There was a delicious, and generous, assortment of food from both Jim N’ Nicks BBQ and Taziki’s Cafe. 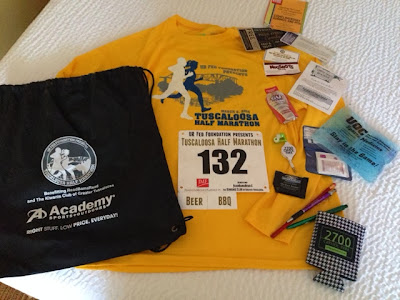 The swag bag had a surprising assortment of items including GU Energy Gel, salted caramel chocolate, an ice pack, and vouchers for more free food from Jim N Nicks and Taziki’s. 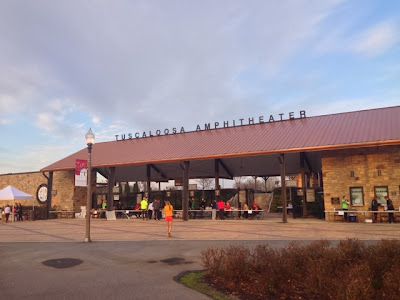 The drive to the race start was a quick three miles in the morning, and parking was well-marked, free, and ample. The start and finish line were staged at the Tuscaloosa Amphitheater. 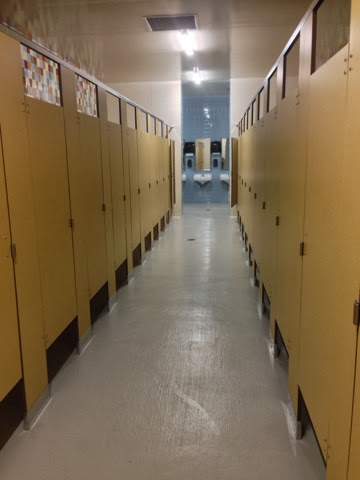 Wandering around the grounds with plenty of time to spare, I found what is the nirvana of the runners morning routine… real restrooms.  The rows and rows of stalls brought a smile to my face and the runners, one after another, all commented on how many stalls, clean, and wonderful the facilities were. We runners are an interesting group – but those who have been at many races, some with few too many port-a-lets.

Excited about the perfect running conditions, clear skies and cool air, runners soon hit the pavement winding through the streets of Tuscaloosa for the first three miles. Settling in the middle of the pack, I could often see either the runner in front or the runners behind me just a few blocks away, but these miles went quickly as I took in the sights and archetecture in this new city. 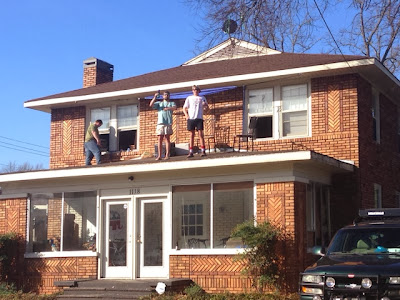 Even though this was only the second year of this race, the locals in this college town enthusiastically offered their support to the passing runners. These gentlemen on their rooftop seemed especially excited to watch us run by! 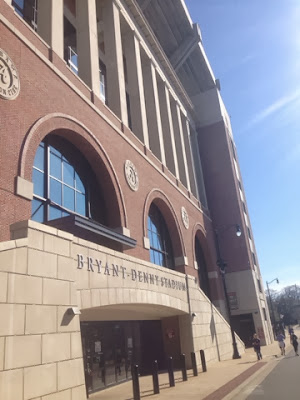 After the first 5K the route passed Bryant-Denny Stadium, Home of the Alabama Crimson Tide.

The the next five miles wove throughout this impressive campus. 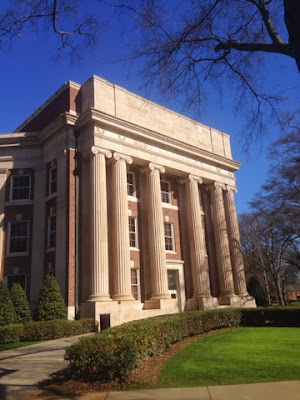 The University was almost destroyed by the Union Army in 1865.

After reconstruction, in 1893 women were allowed at the University. In 1963, the first two African American Students attended UA, one of whom returned in the late 90’s to receive his Ph.D. Today there are over 20,000 students at the University.

As an educator, spending miles on this ground held special meaning, but the beauty of the architecture was not lost on those whose hearts are not immersed in education and history. 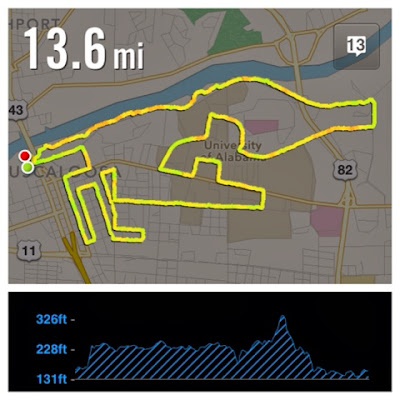 The ninth mile presented a steep climb, and in the heat of the late morning, this stretch felt long…

however the payoff was a powerful one with the final miles running downhill towards the finish line. 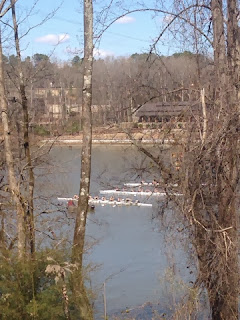 The final mile was along the Tuscaloosa Riverwalk, were local crew teams could be seen practicing on one side, while students and locals enjoyed the view from the coffee shops and restaurants on the other.

It was here that I met another runner, a beautiful young woman, struggling slightly. About to pass her I slowed to talk for a moment. Her name was Terri, and she told me her story.

Recovered from heart surgery, she began running to reclaim her health. I learned that this was her first race and she just hoped to finish. I encouraged her to walk, to lift her head up, and enjoy the sights around her.

I shared with her that I had learned long ago that the minutes or seconds I might gain by pushing through pain could not match the gift of letting my self enjoy the blessing of the sights around me throughout the race. 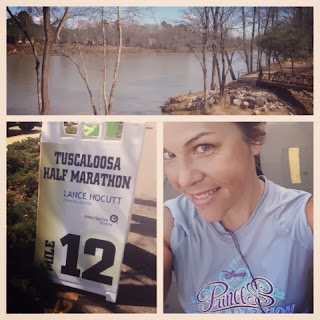 We finished that last mile together, walking a little, jogging at times… but the smile on her face, and the hug from a stranger after we crossed the finish line filled me a joy I do not know if I would have in my life if running was not a part of my journey. 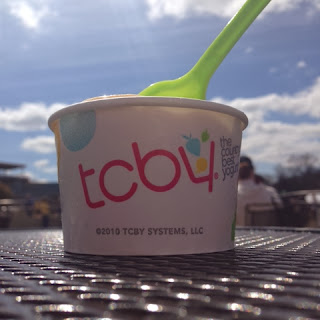 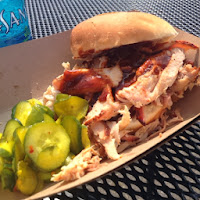 The finish line festival was held inside the amphitheater.

A band played as runners enjoyed BBQ and Frozen Yogurt, Beer and laughter. The race organizers had a raffle and many prizes, of great value were given away including watches from a local jeweler and art from a nearby gallery. 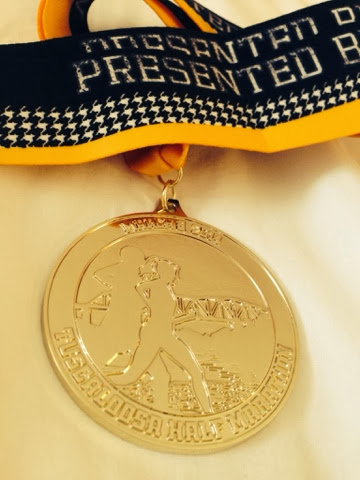 This was my 76th half marathon… and one I will not forget.

I will make the trip back to Tuscaloosa in the coming years.

Every time I look at my beautiful finishers medal, I will remember Terri, and all the men and women like her that I have been honored to meet on the many steps of this sweet journey that I run.