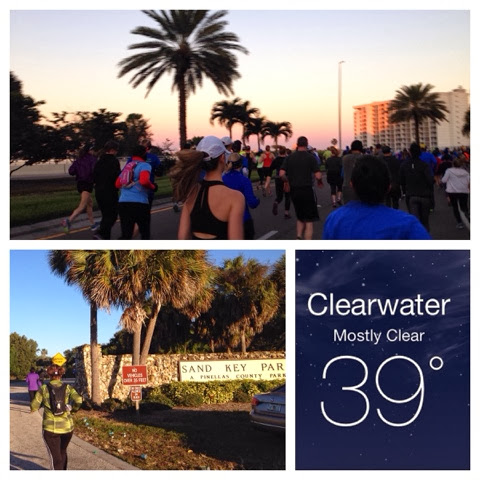 It was a chilly morning, and gathered in the glow of the dawn were thousands of runners ready to “Conquer the Causeway” in Clearwater, Florida. The race, scheduled for 7:05AM started off about 20 minutes late, so by the time the runners were moving, the sun was up and the warm gulf breeze was starting to set in.
The Halfathon, which is the Half-Marathon, is joined by a Full Marathon Option as well as a 5 miler, and a 5K. This is the third of four races in the Florida Gulf Beaches Road Race series, and will be expanded to include a 50K in January 2015. 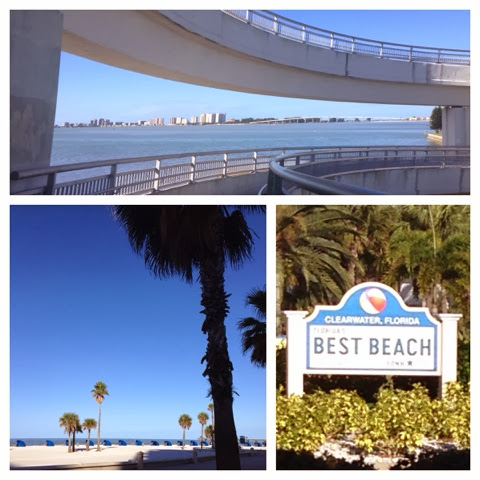 The race had very little ocean view… a quarter mile or so on the way out and the same on the way back, but the glimpse was enough to remind those of us that live a few hours away why this coast can beckon – the sand is white and the water is blue… and even on a cold morning such as this it looks so inviting. 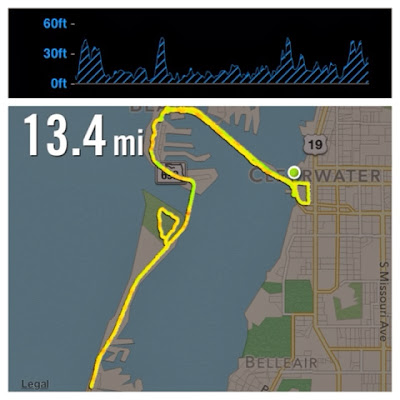 Runners soon learned that they would conquer the causeway multiple times, four times (twice over two different bridges) in the Halfathon. While challenging, this does provide some of the best views during the race.
Much of the race was an “out-and-back” on a fairly busy road, much of which was a single track and difficult for runners to pass. This did not prove problematic during the halfathon, however several runners running the marathon (within the time limits) remarked that by the time they were headed back the police support had been pulled at the end and runners were getting lost, and the traffic was very heavy. The medals for the Clearwater Running and Fitness Festival, as well as all of the races put on by Chris Lauber, the Race Director (who often mentions the evolving designs are the artistry of his wife) are a huge draw for these events. They are both playful and high quality, and match the long sleeve heavy weight cotton tee. The shirt was one of two options, runners could also opt for a short sleeve technical tee. 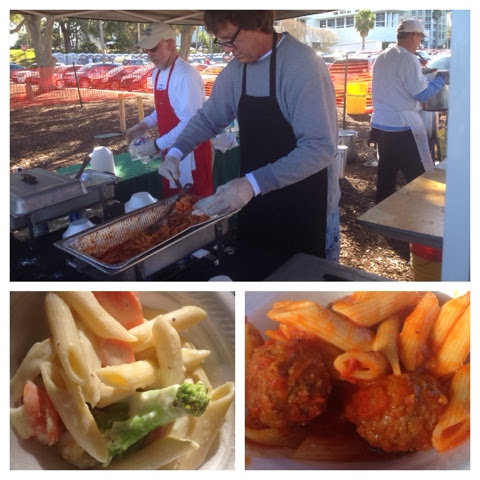 After the race, runners were treated to the normal post race snacks: Bananas, Beer, Water, Soda, Cookies, etc… but at the end of this line was a pasta station with two delicious options. As part of my, ahem, “blogging duties” I sampled both…. and both, I am happy to report, were quite delicious! 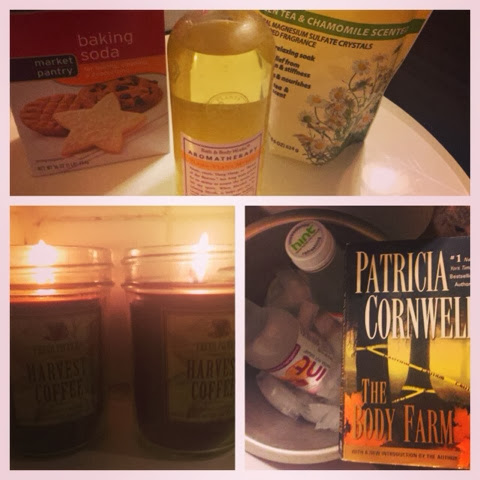 Once home I engaged in a new post-race ritual: The Detox Bath. 2 cups Epsom salt, one cup baking soda, and some essential oils are added to hot water. A 30-40 minute soak, while I re-hydrate and read restores my joints and leaves me feeling fresh, but very relaxed.

This seems to be helping with all of my double race weekends… I was ready (and did) hit the gym on Monday with little soreness!