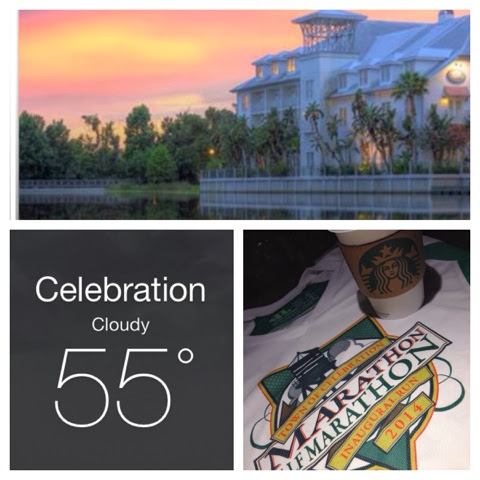 As a long time resident of Central Florida, I remember the talk when the Town of Celebration was built in the mid 1990’s. Designed by architects commissioned by The Disney Company – the town was developed to be practically perfect in every way.
The race director and visionary team for the Inaugural Town of Celebration Marathon and Half Marathon put together an event that held true to this very high standard.
Often an inaugural race is plagued with difficulties, but this one ran like a well-oiled machine. Pre-race communication with runners was excellent, from how to switch between distances (at no cost) to where to park on race day.
Arriving at 5:30AM, the volunteers were set up and handing out beautiful tech tees in an organized, indoor space. A mobile DJ played music and an announcer gave detailed instructions about the course. With no delay, the race started right on time. 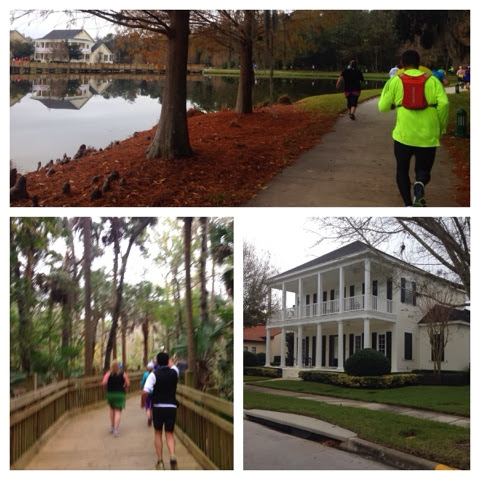 The course was varied and interesting. Much of it wove through the beautiful homes nestled throughout Celebrations 16 acres, on developed pathways, and over several miles of boardwalks.
The instructions to stay to the right and pass on the left through narrow areas, given at the beginning and repeated on signs throughout the race was respected by runners. While the pathway was often narrow, runners of varying speeds were able to move through it without difficulty. 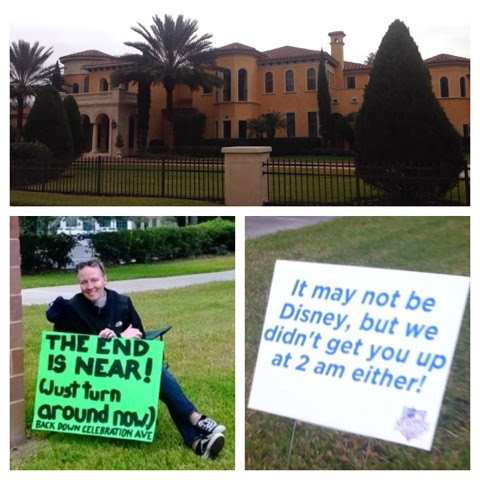 In addition to the informative signs, there were a variety of funny ones, some made by spectators, and some put out by the race itself.

My favorite – poking fun at the Disney Race so many of us ran just two weeks ago, is pictured above.

None of the worries runners have with inaugural races were an issue here. 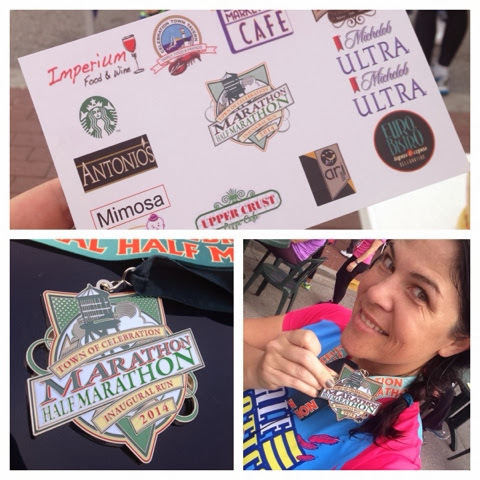 Speaking of which, the medal was beautiful, and the ribbon it hung on was stunning.

At the finish line festival, runners were handed a food and beverage card. In addition to the water and soda found at any race – there were samples (of substantial size) from the many of the restaurants around the Town Center. My favorite was the Garlic Knot from Upper Crust Pizza Cafe, and of course some Starbucks Coffee.

The finish line festival was still hopping when we made our way back to the car, but this wonderful event reminded me that I should visit this charming local spot more often.

There are many races I would do again, this one I am excited to do again. I would recommend it to anyone… but it sold out fast this year… so those who are interested, may want to follow their Facebook page for the announcement about next years race, I have a feeling year two will sell out in record time.

4 thoughts on “A Sunday Celebration: 13.1 miles in the "Town that Disney Built"”