The Dopey Challenge made its debut at Walt Disney World in January of 2014, with thousands of runners paying for the opportunity to run 48.6 miles over four days at the happiest place on earth.

Pulling up to the ESPN Wide World of Sports Complex on a warm Wednesday morning, the lines were already beginning to form. Disney has the expo experience down to a science, with dedicated buildings divided into stations for those doing individual races, those taking on the Goofy Challenge (where runners complete the half marathon on Saturday and the full marathon on Sunday) and another for those running Dopey (which is the Goofy Challenge plus a 5k on Thursday and a 10k on Friday, for a total of 48.6 miles). 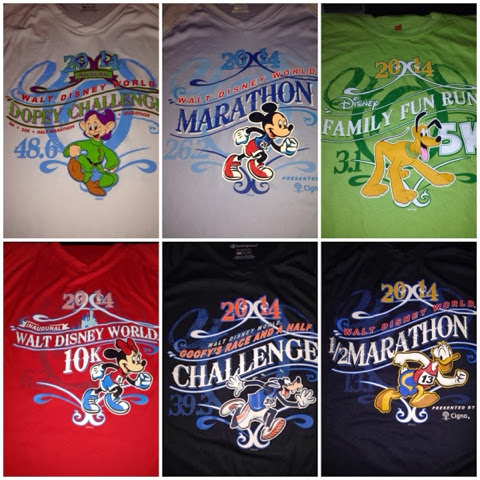 The Swag Bag for Dopey included one short sleeve cotton tee for the 5k, and five long sleeve tech shirts for the 10k, half and full marathons, as well as one for Goofy and another for Dopey. The shirts run small. Knowing this from previous years most runners size up – however there was a convenient shirt exchange station for anyone wanting to size up or down on the spot. 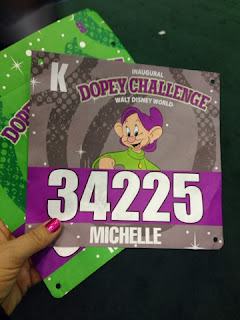 Runners needed only two bibs, one for the 5 and 10K and another for the half and full marathon. These bibs all featured Dopey, whereas people running single races received bibs with the featured character for that race (Pluto for the 5k, Minnie for the 10k, Donald for the Half-Marathon, and Mickey for the full Marathon). 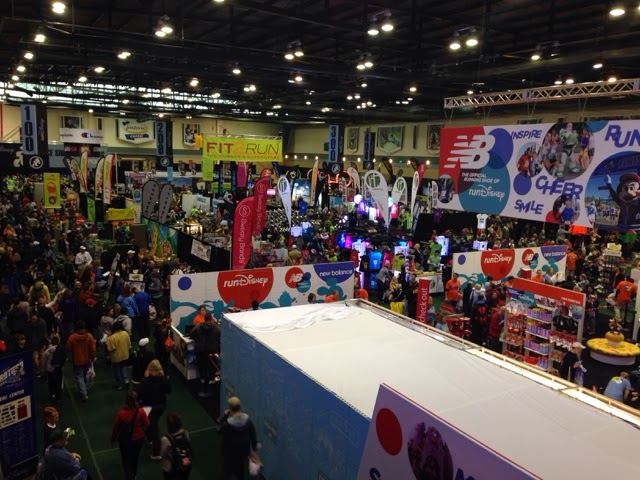 Wandering the isles of the vendor expo, the reality that this day was finally here set in. It had been so long since registration. Last year when my running partner and I had run the Goofy Challenge we said “never again” but were among the first to register for Dopey when it was announced. 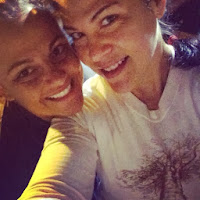 Pulling into the EPCOT parking lot at 4:00AM the swarms of sleepy runners, 10,000 in total, made their way to the start line. There is no shortage of support at these races, with port-a-pottys, food vendors, and volunteers around every corner. 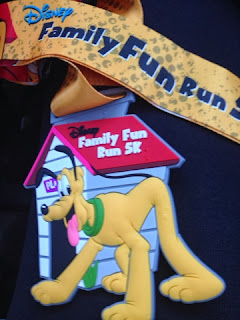 Knowing what was ahead of us, we made the decision to walk the 5K. Going without music, feeling no pressure to hurry, and enjoying the sites and sounds of the World Showcase – the 3.1 mile winding path really was just a walk in the park! Many around us seemed to have adopted this same strategy.

I have a Florida Resident Seasonal Weekday Pass, so my running partner and I decided to visit Animal Kingdom for a few hours that afternoon, and finished the day with a visit to The Rainforest Cafe, located just outside the gates. With tired eyes and full stomachs we went back to the hotel for an early night, falling asleep around 8PM.
Day two was the 10k, which we panned to walk as well, but ended up running the second half of the race, which left EPCOT and wove through Disney’s Boardwalk. It was a little cooler and our bodies were wanting to run. Spending a few hours at EPCOT after the race, we again headed back for another early night. 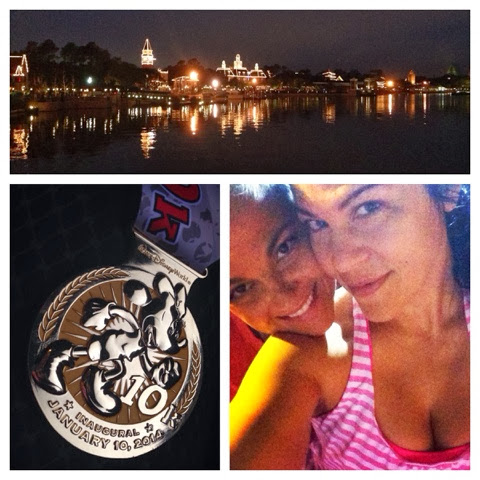 One of the benefits of staying at a Disney Property during the race is well-organized transportation to and from the race. Like most things at Disney World, signs are everywhere and help is around every corner. Walking to the front of the hotel at 3AM – rows of busses were in place ready to take us to the parks each morning, and back to the hotel immediately after the race with little wait-time.
Day three was the half-marathon, and the size of the crowd increased from 10,000 to close to 25,000 runners. Runners had their game face on for this race – although Disney continues to be one of the most relaxed races out there, where runners stop along the race for photos with characters, and even ride a few rides along the way. 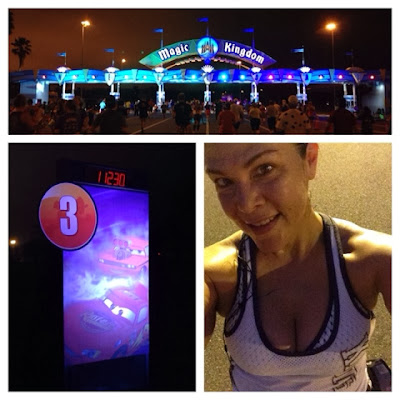 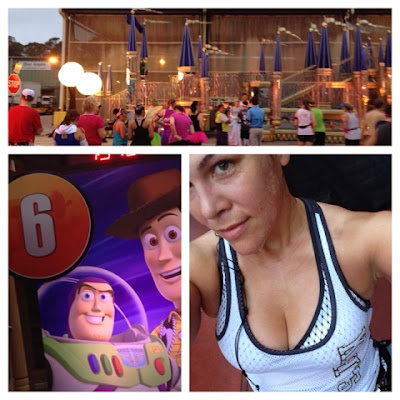 During the half I didn’t stop for character photos, but I took pictures at the 3, 6, 9, and 12 mile markers. 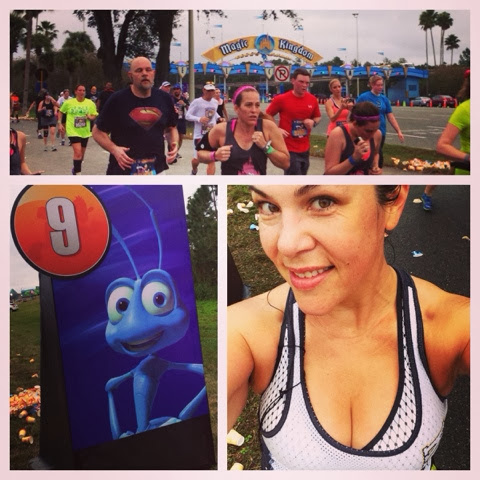 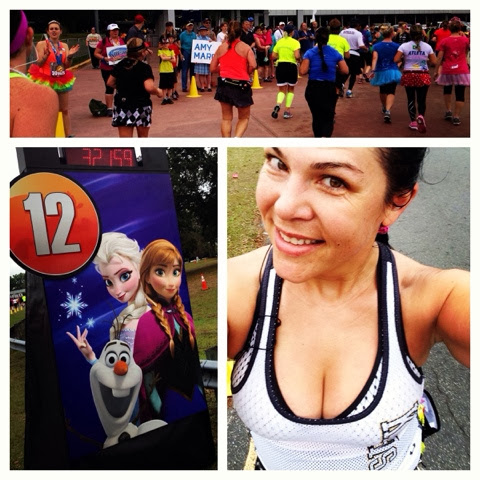 Look who was greeting the runners as they finished the half marathon! 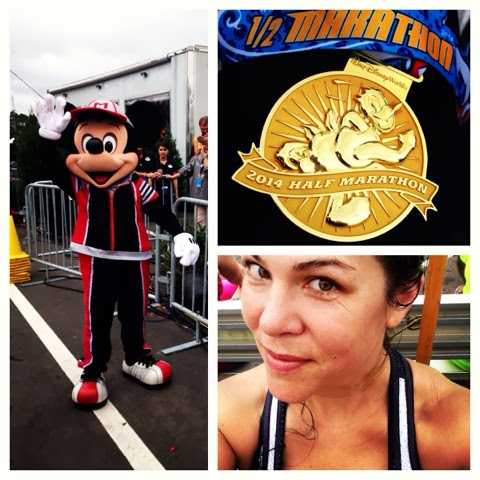 That afternoon – my friends went back to the park and I stayed at the hotel to relax. Recovery for me came in the form of a long nap on a poolside Hammock.  We were in bed by 6:30, with our alarms set for one last morning at 2AM.
I ran 27 half marathons in 2013, but the last full marathon was a year prior at Disney. I knew I was not trained for more than 13-15 miles, so I knew this day would be a challenge. 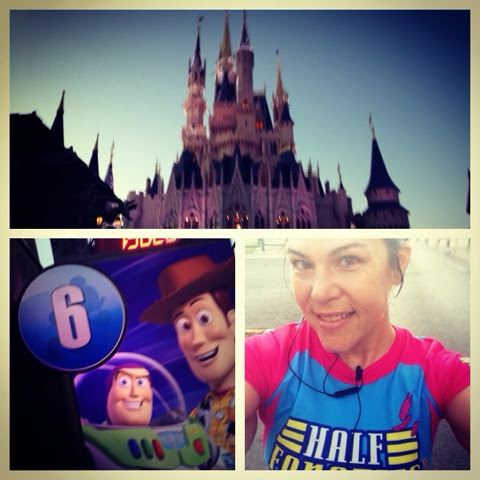 The full marathon runs through all four parks, the first of which is the Magic Kingdom. It was still dark when we entered and the castle was lit up in all its beautiful glory.

In addition to the ample water stations there are two stops with Bananas, the first of which is just after mile 8, and two stations with a variety of gels provided by CLIF Bar.

Next came Animal Kingdom, where as the heat of the morning was starting to set in. I always feel like I can run faster in the parks. 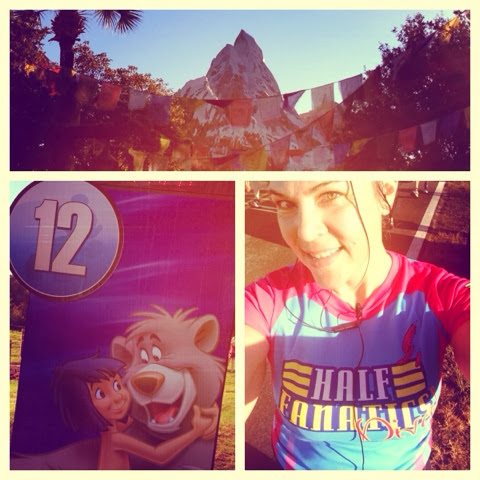 Heading into ESPN’s Wide World of sports many runners take the opportunity to use a real restroom and enjoy the cool towels handed out by volunteers outside the track. 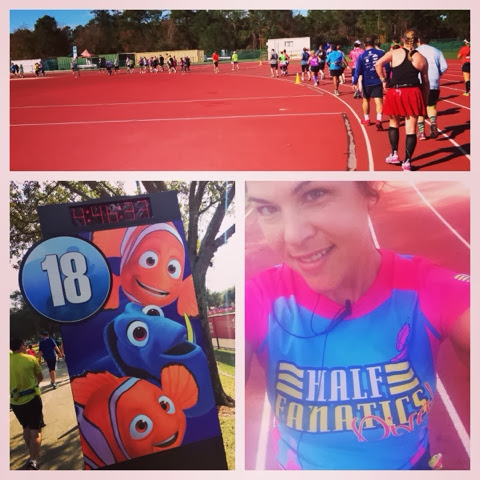 After mile 18, I walked the majority of the race, knowing I was safe to finish in under the 7:00 time limit. We entered MGM after mile 22 before making the fourth and final run through EPCOT toward the finish line. 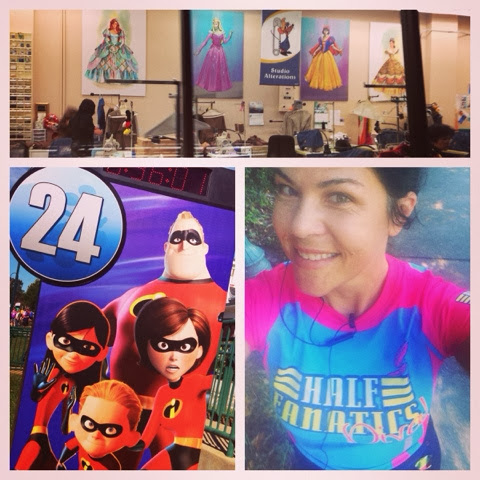 It was a beautiful, sunny day – not nearly at hot as the 2013 race, and although I had not trained well, I took over 20 minutes off last years time. Unlike last year – I am already thinking about coming back in 2015 – which also happens to be the 15 year anniversary for The Goofy Challenge, which historically means fancy bling for that race. 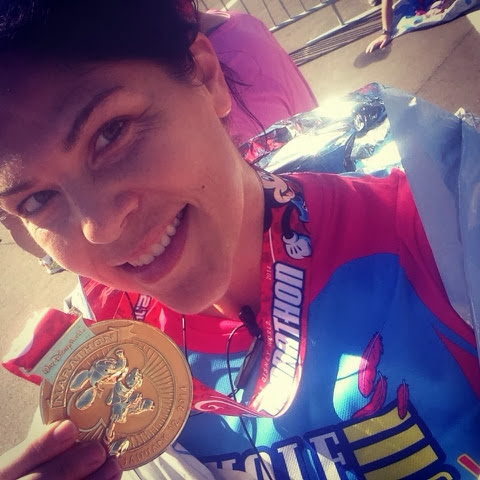 I was surprisingly not sore after the race, and know I could have pushed harder… but I have 55 races left in 2014 – including a return to Disney at the Glass Slipper Challenge at the Princess Half Marathon at the end of February.