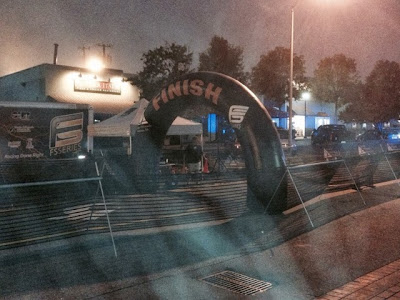 As I made the early, and very hazy, morning drive from a friends house in Fayetteville, NC to Raleigh – I realized my expectations for this race were fairly low.
It was not very expensive – and that was even with not signing up until about two months prior to the race.
RunRaleigh was a newer, local race, put on by a running store in Raleigh. Whenever the start line is in a mall parking lot – I hedge my expectations accordingly.
This race did everything to prove me wrong. 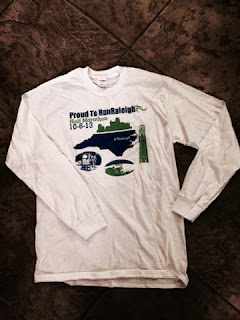 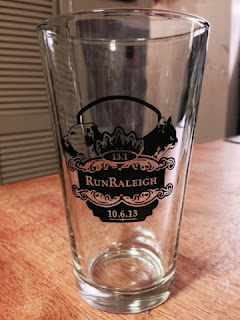 As I picked up my packet – I was handed my race #, along with a long sleeve white shirt. This was a treat. I have SO many race shirts – the long sleeve shirts are a welcome change.
And then the beautiful beer glass with the race logo and date imprinted on them were handed to me, I was impressed.
With time so spare, I wandered up the hill to Starbucks – this was the first time I paid attention to this mall, which was a rather impressive collection of mid to high end specialty stores. I had never been to Raleigh before, but the charming streets of the city had me wishing I had left more time in my schedule to explore. 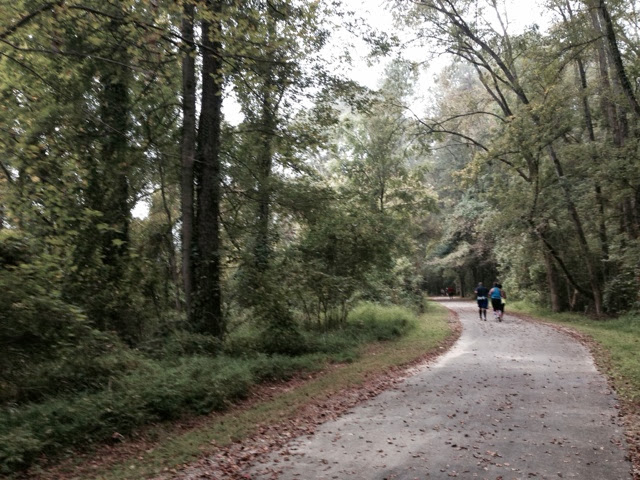 The race began up-hill, a blessing I would feel later as I came down this same hill across the finish.  The city streets were replaced later with beautiful paths carved out for recreation. Settling into 5 and 1 intervals, I enjoyed my walk breaks to take in my surroundings. 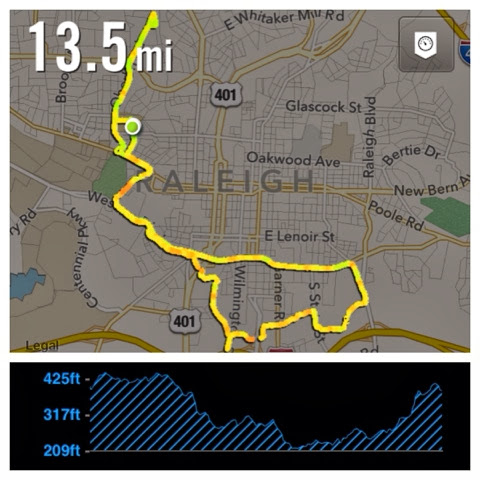 When the race was over and I reexamined the elevation map on my Nike Plus App I realized that the steep nature of the climb at mile eleven had not been in my imagination!

This was the 6th race in my chase run towards 52 in 365 – and my 4th in 9 days. I was sore, and spent time during this run reflecting on everything I had done wrong between the North Face Endurance Challenge and last weekend, and this weekends races.

I was not eating enough right after the race – and I needed to be stretching more. Dropping 10 lbs wouldn’t hurt me either.

Throughout this race – I was also reminded of one of the most supportive groups at many of the races I do – Black Girls Run.

In 2009 this organization was developed with the goal of encouraging health and fitness in the African-American community while providing encouragement and resources to new and experienced runners.

While I am not African American – I have still been the recipient of their outpouring encouragement at MANY races in the past. At this race in Raleigh my tired limbs needed the emotional support they provide throughout the race course. After I crossed the finish line – I watched this group “running in” several girls – many of whom poured out tears of exhaustion and triumph as the beautiful finishers medal was placed around their neck. 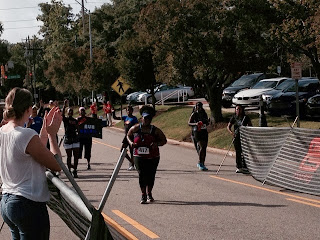 This is what these events are about for me – and so many other women. Finishing. Being better. Setting a goal and seeing it through. Holding that medal in the palm of your hand and realizing that nothing is impossible – if you just put one foot in front of the other and head towards the finish line. A lesson to remember in all of the sweet journeys of our lives…. 2 thoughts on “The RunRaleigh Half Marathon”