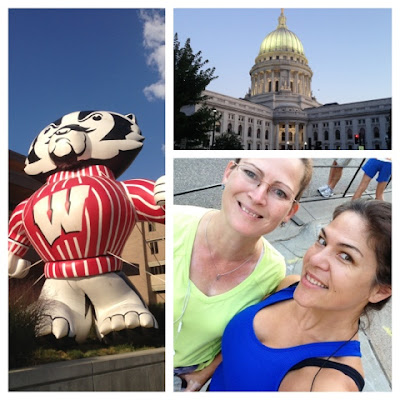 At the expo for the Summerfest Rock N Sole in June, my sister-in-law and I were introduced to the M2 Challenge: Milwaukee to Madison summer half marathons. With promises of a “functional” finishers medal (aka a bottle opener) and some swanky bonus bling… we signed up…
The Milwaukee race was my 40th lifetime half marathon, but the Madison race was now #1 -the first race in my quest for 52 in 365 days: known as “chasing the sun” for the Half Fanatics.
We arrived in Madison Friday night and walked to the expo… Which was at the student union on the University of Wisconsin – Madison campus. It was small expo which provided one amazing treasure…. The discovery of a new GU energy gel flavor: Salted Carmel 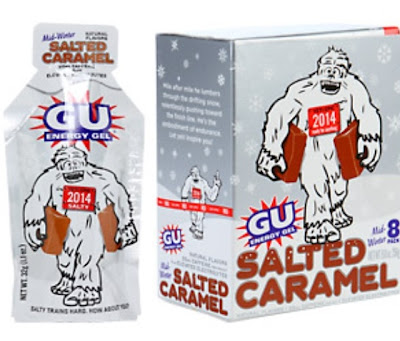 We made the mile walk back to our hotel up State Street: and iconic part of the Madison Night Life, and the perfect place for some pre-race food. The Friday Night crowd was just starting to gather as we settled in, the glow of the State Capital just outside our hotel window.

It seemed that only a few hours had passed when we were stumbling to Starbucks for our morning coffee… Hundreds of vendors were setting up a huge farmers market on all sides of the Capital Square, which I later discovered is the largest producer only farmers market in the United States! as we made the walk back down State Street to the race corrals.

This is part of what I love about race mornings… the convergence of runners from hotels and side streets, coming together in silent support on a unified mission: check the bags, find the corral, pray for a clean restroom, stretch, hydrate, mingle. I love checking out runners gear, what they carry, what they wear.  Looking at the t-shirts from races past – noting the ones I have done and the ones I want to do.

The warm summer air was already swirling around us as we started out – this is the second time Cathy and I have run together – and she was better prepared.  This race actually marked the beginning of my running season. Before I had decided to do the “52” my first run had been slated for the last weekend of September. 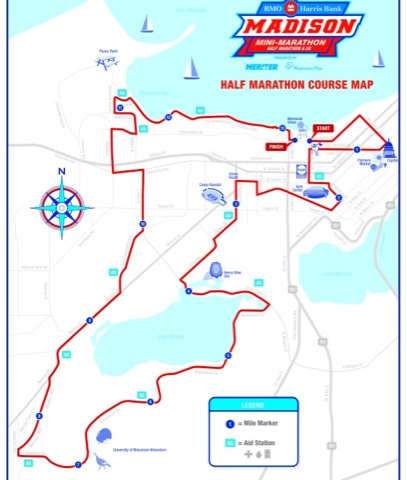 The course started near the union headed back towards the State Capital. Turning back into the city we wound past Camp Randall and the Zoo. Leaving the city the path narrowed and left the college town streets, littered with discarded couches and a surprising amount of dilapidated mattresses.

Tree lined streets and quiet paths gave slight relief from the heat, although the humidity still hung heavy over us.  Cathy had run ahead of me, and I took some time to work through problems in my school work as I often do when I run.

Finally the finish line, where I was greeted by Cathy and a running friend from Facebook , Sue, who I had not met until earlier in the morning. 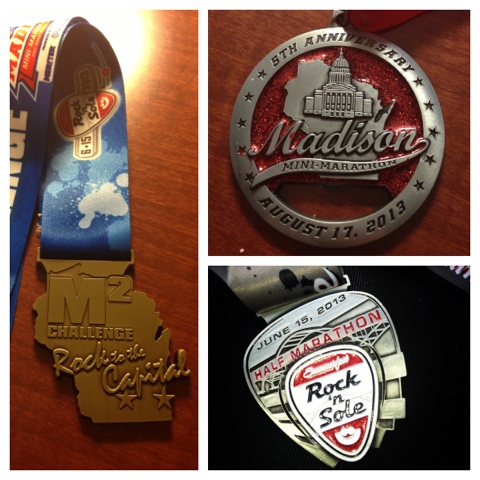 The medal on the left is the bonus medal for completing the M2 challenge.  All three of them are great quality with custom satin ribbons and make wonderful additions to my bling collection!

There was a variety of food: popcorn, granola bars, cookies, and fruit. The chocolate milk was gone to my disappointment, but there was water, and Craft Beer delivered in a collectable cup, a nice touch!

It is a race I would happily do again, great people – great support. The only thing I would ask is that they get a gel sponsor on the course, although, I am not sure much can top that salted carmel. 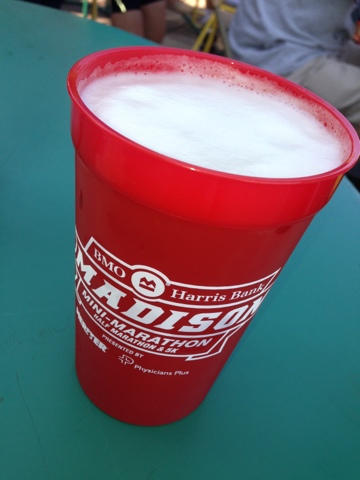 One thought on “The Madison Mini Marathon”